There is an old saying that goes, “Jack of all trades, master of none.” While it has become popular to multitask in today’s fast-paced world, the truth is that this habit can actually hurt you more than it is helpful!

Two of the most common questions I get from working moms are, “How do I balance my work and my home life?” and “How can I be more productive at work?”. And in many cases they follow this up with how do I get better at multitasking. In every instance I have to give them a hard stop!

This post may contain affiliate links and I may earn a small commission when you click on the links at no additional cost to you. You can read our entire affiliate disclosure here.

Multitasking involves the performance of multiple tasks simultaneously by devoting one’s attention to several activities at once.

Think about when you are driving and talking on the phone, or cooking dinner while answering emails. When you do two things at once like this, your brain is actually switching between different tasks very quickly; it feels like you’re doing both things simultaneously but in actuality your brain is simply random firing between the two tasks. So in the end, you are not actually getting more done by multitasking.

There is a common misconception that women are better at multitasking than men. I have heard many people say things like, “that’s why girls make great secretaries”. But research has shown that both men and women take about the same amount of time to complete tasks even when they are “multitasking.”

What are the risks of multitasking?

So if the idea of multitasking is a myth, then why would we talk about the risks? Well multitasking is still a pretty commonly referenced time-management technique by productivity gurus, and a commonly cited skill on many people’s resumes.

Now consider the working mom, society consistently tells her that she has to multitask in order to get everything on her plate completed. So she believes the myth that multitasking is the missing link to her productivity and strives to perfect her ability in this skill, all the while wondering why she never seems to get anything done.

Make sense why it is so important to understand the risks of multitasking? Great! So lets jump right into the reasons why you should STOP multitasking today!

Multitasking is a myth

Instead you are just moving windows back and forth, clogging your screen and slowing down your system.

Looking for more tips on time management? Check out all of our productivity resources

Studies show that when your brain is constantly having to shift from one task to another, it actually makes it harder for you to focus on the task at hand which translates to your focus overall. Your brain gets so use to constantly needing too shift gears it begins to struggle when focusing on a single task for longer periods of time.

Instead of working faster when multitasking, you actually end up slowing down your work efficiency. This is because it takes time for your brain to shift from one task to the other, you aren’t able to get into a groove of tasks and thus your efficiency in completing tasks decreases.

This goes hand in hand with the last risk. If your efficiency decreases, your overall productivity does as well. The constant shifting from task to task means that you spend more time overall working on a single one, while your brain tries to keep up with the constant shifting of tasks.

Multitasking decreases the quality of your work

Accuracy decreases with multitasking as does the quality of your work. Without being able to spend dedicated and intentional time on a particular task your creativity is diminished and you may not be able to do your best work.

When multitasking becomes your habit it begins to seep into other areas of your life including relationships. A mind that is constantly multitasking is a mind that can not stay focused. This lack of focus can then become a reason why you may be easily distracted when spending time with loved ones which can put a strain on relationships.

Researchers have shown that multitasking may have an effect on short term memory! According to a 2011 study this was found to be increasingly effected as we age.

Multitasking is a bad habit

At the end of the day, multitasking is less of a time management skill and more of a bad habit that we pick up as a way to manage other time management habits that were affecting our productivity negatively.

While this may not be a risk of multitasking it is definitely a reason why you should stop! As mentioned earlier, we are never truly multitasking, we are just asking our brains to jump quickly between tasks decreasing overall efficiency and productivity.

Embrace a rhythm of working and resting and get more done! Get your copy of our Purposeful Productivity Journal and find more time for the daily tasks that matter and quickly begin creating routines that prioritize rest.

Multitasking increases the chances of you making mistakes

As mentioned earlier, multitasking decreases the quality of your work, which means that mistakes are not only likely but they are also more likely to not be noticed.

Multitasking is actually increasing your stress. Because you are not actually doing multiple things simultaneously and you are not doing things more efficiency, your stress hormones are actually rising as your body is signaling that there is some threat, namely the need to get things done but the inability to do them.

What is the alternative to multitasking?

So what is the alternative to multitasking and what steps can we actually take to be more productive in the midst of the busyness that is working motherhood? In short, the answer is single-tasking.

It is the polar opposite to multitasking and a simple way to improve productivity, efficiency and overall ability to feel more accomplished. Not sure how to start?

Here are some tips to help you gain the advantage of single-tasking:

Having a to do list can help you not only see what you need to get done but also help you in prioritizing your to do list in a way that allows you to effectively work through that to do list.

Having a notebook can help you to keep distractions at bay, as you are working on a single task, your mind will no doubt wander. Keeping a notebook around allows you to write down the ideas and tasks that you think of so you do not have to worry about forgetting anything

4. Plan your day in blocks of time.

Time blocking is one of the most important steps I took to getting more productive and making sure that I was working through my to do lists as a working mom and business owner.

By planning out your days into time blocks you can maximize your productivity, efficiency and productivity (all of which are decreased when you multitask).

5. Take frequent breaks to rest your brain and increase productivity

Create routines and rhythms that prioritize rest and give your brain adequate space to clear before moving on to the next task. Try setting specific work times, preferably first thing in the morning, followed by a break.

I like to create my to do list using the 5 by 11 method, so that I can maximize the most productive time of day before lunch and also this helps me prioritize the tasks that I want to get done and block them into the morning.

Let go of the multitasking myth

Conclusion paragraph: If you’re reading this, chances are that multitasking is a part of your life. In fact, people who say they know how to do it often have no idea what the term really means. Multitasking isn’t actually possible because our brains can only focus on one task at a time and we cannot divide attention between different tasks simultaneously.

The best way to be productive and efficient is by focusing single-mindedly on one task at a time. This will save you from wasting precious energy trying to juggle multiple projects or responsibilities without success – which ultimately leads to burnout and poor performance in all areas of your work/life balance! If you’re looking for more sustainable time management and planning tips like these check out our book Finding Time: A working Moms Guide to Time Freedom!

This site uses Akismet to reduce spam. Learn how your comment data is processed. 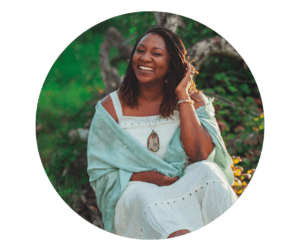 Hey!! I’m Ashley, the blogger, strategist, and matcha enthusiast behind Undoubted Grace. I created this site to help overwhelmed moms create simple methods to manage it all and enjoy a more fulfilling motherhood journey!

Cause we could all use a few moments of rest! #wo

I wish I knew this when I started building my rout

There is no award for most exhausted mom! This is

What are you doing to rest today? Being intention

Can you relate?? I love being a toddler mom, desp

This is what you need 🤓 ⬇️ @undoubtedgrace

📣You are allowed to rest! You don't have to co